Can You Learn To Be A Great Leader? 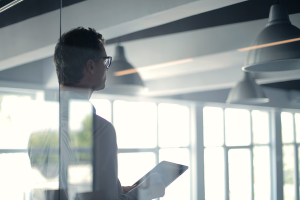 The idea that leadership is innate rather than learned is by no means a new concept – early leadership theories were created around the idea. Unfortunately, as well as preventing some of the best potential leaders from ever taking the leap, this has proven to be a major contributor to the fact that 1 in 5 people report hating rather than respecting their bosses. As working focuses in general change faster than we’ve ever seen them, the often inflexible approach of leaders who aren’t willing to learn is especially leaving companies behind, resulting in increased dissatisfaction, higher employee turnover and failing sales.

Luckily, as some of the best leaders in the modern age prove, leadership is very much a lesson and an ongoing one at that. As such, regardless of whether you feel like leadership is a goal you’ve always been working towards or have never considered yourself the type to make leadership work, this may be a career that could be on your horizons. It’s especially important to remember this fact considering that, often, the overt confidence and assumption of so-called ‘born’ leaders is their downfall. By comparison, more quiet, unassuming individuals tend to hold more skills, including empathy and the ability to listen, that make them perfect for the job. They just need to realise it by considering the following leadership lessons that, quite often, provide the secret ingredient for success in this area.

So-called leadership styles like transformational and laissez-fare leadership can be useful for the simple fact that they provide cookie-cutter personas for lazy and unoriginal leaders to step right into. This tends to work for such individuals because it reinforces the idea that they already have the skills that they need to make leadership work, but the simple fact is that diverse companies and journeys require a far more nuanced approach to leadership before they can be considered successful.

That’s not to say that leadership styles can’t still act as guidance for helping to consider different approaches that have proven somewhat successful in the past, but it highlights the need not to step into these subtypes too easily. Instead, true leadership style should be a unique issue, developed by each leader from their own outlook. This may well mean integrating various, and sometimes even conflicting, leadership personas, or it might mean straying from the norm altogether. Either way, authentic leadership delivered in the way that you want makes it far more likely that your team will trust, respect, and ultimately want to keep on working with you, especially if you consider their needs as much as your own during the development stages.

Lesson 2: Help is a strength, not a weakness

When we falsely assume that people either possess the skill of leadership or not, we also inadvertently suggest that only leaders can be entrusted to keep the ship of business afloat. Unfortunately, it’s this assumption that often leads to issues like leadership burnout, and also downtime, poor performance, and generally bad working conditions as balls are inevitably dropped. Hence why the next crucial lesson is the simple but imperative realisation that accepting help as a leader is always a strength rather than a weakness.

This can especially be seen from leaders who accept that their employees know more about certain things than they do. Instead of bulldozing in with arrogant claims of superior skills and ultimately unravelling projects/making foolish mistakes, a leader who asks to be shown how to do things or hands responsibility to someone else is certainly better able to get their teams on board. Furthermore, accepting more broadly that you’re struggling to maintain certain aspects of business yourself or even with the help of your team can significantly reduce workloads and supercharge certain processes. Seeking outsourced help for everything from finances to IT support that doesn’t necessarily fall under your or your team’s umbrellas can certainly help to better keep all aspects of your company afloat. None of which would be possible if you failed to realise that, sometimes, other people really can do it better than even the best leaders.

Along the same lines, leaders who assume they always know best often make the mistake of dictating too heavily to teams that don’t respect them, often so that they can lessen their workloads. Now, obviously, delegation is a crucial part of leadership, but there’s a big difference between ordering your employees around and giving them guidance as to what they should be working on. Further even to that, leaders who want to see true results need to supplement these looser and more adaptable delegations with their own workloads that enable them to become role models worth following, rather than dictators that nobody really listens to.

Known as ‘idealised influence’, leaders who lead by example can prove especially effective when they make sure to model behaviours that they would like to see from their team members. For example, if you expect employees to work overtime, putting in the effort yourself rather than telling them to do so makes it more likely that they’ll choose to follow suit off their own steam without resenting you for it. Equally, taking the time to keep on developing your skills through further training, ongoing curiosity, etc. makes it more likely that your team will embrace that same refreshed approach. Even better, the fact that you haven’t forced them into these focuses makes it far more likely that they’ll respect you enough to want to do their best, rather than feeling like they have no choice until they find a better job elsewhere. 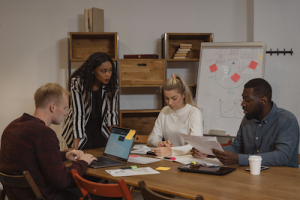 Leadership isn’t an easy thing to teach for the simple reason that it’s unique to each person. That said, stepping away from the false idea of inherent leadership by utilising these loose and adaptable lessons can help you to become the best leader you can be, even if you’ve never considered yourself a ‘leadership kind of person’ before now.