Does Winning Every Battle Lead to Losing the War? 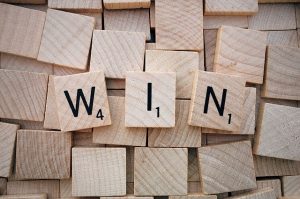 We become so involved in so many conflicts that we forget our ultimate goal is to win the war, not each individual battle.

We should concentrate on the major battles and guarantee that we win them, as they will aid in the victory of the war.

It’s better if we don’t fight some of the minor conflicts and reserve our energy for the more important ones, or if we just let them go.

This means that we need to know what’s important and what isn’t, what’s strategic and what isn’t. This can sometimes be difficult.

It’s not necessarily the importance of our opponents that make a battle important.

This is definitely something I learned the hard way, as someone who is ultra-competitive, I always wanted to win every battle. I assumed that if I won every single battle, then I would easily win the war.

More often than not if you win every battle, you can actually lose the war.

This is definitely true in relationships: with our staff; with our partners; and even with our children. Nobody likes to lose every time.

I once had a boss who was never wrong, he had to win every single argument, and make every single point. He definitely won each and every battle, but the war, I don’t think so.

He lost the respect of his staff, and worse if he was wrong if he had made a mistake, no one ever corrected him or tried to help. People were happy to watch him fail.

Ultimately, this cost him his job. He lost focus on winning the war, in fact, I am not even sure he knew what the war was, he was so caught up in meaningless battles.