Faster, Better and Cheaper – How to Achieve All Three 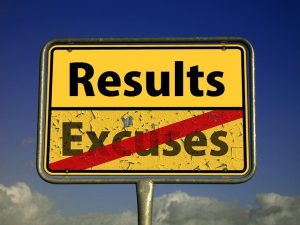 “Faster, Better, Cheaper, Pick Any Two!” implies that all three cannot be achieved at the same time.

This pessimistic mindset would most likely deter people from even attempting to try, knowing that others have failed before them.

This statement may be accurate for individual tasks or products.

However, when we extend our scope, not only do I strongly believe that achieving all three is possible, I actually know it’s possible having achieved it, not only once, but on several occasions.

At one company I was tasked with optimizing the Data Centre.

There was strong growth in demand, so much so that we were looking to extend the data centre, which would have a big impact on costs.

At the start of the task, I was told that the Data Center was running at an optimum level and that the only way we could improve was to invest.

Prior to agreeing to the extension of the data centre, I asked for a report showing the utilization of our servers, of which we had over 4000.

I was provided with a report, which at a summary level, showed that the overall performance was in line with industry best practices.

Whilst I didn’t doubt the accuracy of the report, I felt that it didn’t give the full story, so I asked for a more detailed report that showed the % utilization of each server.

What I saw when I received that report was, that we had around 500 servers whose utilization was close to zero percent.

When I questioned this, I was told these were backup/failover servers and it was normal that they would have very low utilization, i.e. <1%.

I wasn’t completely convinced, so I asked for even more details, asking which applications these servers were supporting.

Once this report was prepared, it showed that over 450 servers, just over 10% of our total inventory, had zero utilization and were not being used to support any applications at all.

These were orphan servers, which were a result of several mergers and acquisitions, which had just been forgotten about. Given that they were never-failing they were just left idle.

We set up a program to decommission these servers, which netted us a saving of over $5m. Additionally, with this reduction of required capacity, we were also able to cancel the extension of the data centre that avoided additional costs of over $2m.

At this point, we had now achieved one of our three goals of Faster, Better and Cheaper.

What we did next was to invest some of the savings to fund projects to:

As we moved through these optimization projects many staff came forward with additional recommendations where we could eliminate waste/unused resources.

Overall we were able to cut the Operations budget by $20m per annum and improved operational performance and reliability.

Faster, Better and Cheaper is achievable!