How Do You Avoid Mixed Messages? 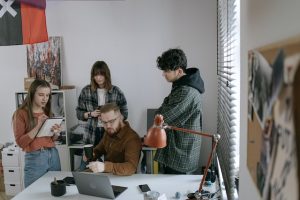 We must watch out for message dilution when it comes to communication, especially when communicating important messages.

Dilution may severely weaken our messages, and in certain cases, it even has the potential to completely change their meaning.

The best way to defend against dilution is to have simple, clear, and unambiguous messages.

If we can keep the messages clear and sharp, then we can ensure that our messages will maintain their clarity and sharpness as it gets communicated down the hierarchy.

If the messages are a little unclear, then when it’s being communicated by others, there is a tendency to explain what was meant, it’s here that dilution can be introduced.

This dilution can either be unintentional, as the person communicating didn’t fully understand; or it can be intentional where someone wants to soften the message, this can happen especially when someone isn’t 100% fully bought into it.

At one firm I worked at we were looking to replace one provider with another.

This wasn’t a popular move with everyone, as we had had the same supplier for many years, but now we were looking to go with an Offshore solution from India. So not only was it a change of supplier but it was also a change in the way of working.

Our goal and the key message was: All work to be transitioned to the new provider by end of the year.

This now meant our message was translated to, All new work to be transferred ideally by the end of the year, but if it takes longer that’s fine.

This wasn’t what was wanted at all, so this was quite a significant dilution.

Even worse, this dilution happened between the executive and senior management, and as the message was communicated down the ranks, it got diluted even further.

I actually heard people say that some new work would be transferred within the next 2 years. Which bears no resemblance to the real goal and objective.

So, when creating your communication, ensure you are crystal clear to prevent dilution.

In the example above we had to re-communicate and change the message to:

‘100% of work, whether in progress or not yet started, will be transferred to the new provider by December 31, with no exceptions.

With this new message we still had a few issues, but it did help us achieve our goal.

Have you ever experienced message dilution?

If so what did you do to prevent it or correct the situation?