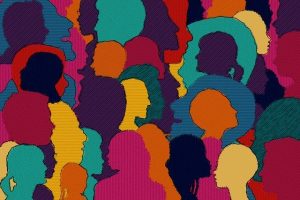 I’ve been asked to share some views on diversity.

Because this is such a broad issue, I want to start by discussing inclusivity.

Although it’s difficult not to be when you’re raised in an inner-city where 30 per cent of the school population is Asian/Afro Caribbean, I am a great believer in inclusiveness. It was only normal to me, something I had grown up with; I didn’t know any other way.

When I started working, though, everything changed.

There, the percentages of Asian/African-Caribbean people dropped significantly, especially in the white-collar area in which I worked, where the percentage back in the mid-1980s was less than 2-3%.

Not only was it lacking diversity in terms of race but also gender, there were some women, but practically none in senior management positions.

There has been a lot of progress since then, and today Diversity is a big topic for many companies, especially in the fight for talent, which apparently, is dwindling in supply.

For me Diversity all starts with respect, we need to respect different cultures, races, religions, sexual orientations, etc. If we respect them, then we can appreciate them and what they have to offer, otherwise we believe that our own demographic, e.g. white/male/Yorkshiremen, is the perfect choice for everything and we will just fish in that talent pool.

I often think that when we talk about Diversity, we are really talking about rejecting discrimination and rejecting our prejudices.  This can be a tough thing to do, as these have been inbuilt into our subconscious over many years.

I‘d like to say I am different to the rest of the world, but this is not always true, I have my own subconscious prejudices too, and it’s these that we need to eliminate.

I remember very well watching “Britains Got Talent” when Susan Boyle made her debut, wondering what is this woman thinking. Then when she sang, she threw our prejudices right back in our faces, her voice was absolutely sublime.

We need to be open, see people as people, and consider that they may very well be able to do the job. We need to give them a fair chance.

I don’t believe in having quotas, I don’t think that we should have a fixed percentage of each group that need to be hired, as I think this increases discrimination. I have seen people begin to resent people, where they feel they are the token hired just to make up the numbers.

I do believe that we need to have a diverse workforce, one that is inclusive and has a good mix of backgrounds, experiences, gender and culture.

But I also believe that we need to pick the best talent, irrespective of race, gender, and culture too.

We should not compromise on quality, but we do need to be open to all candidates, treat them fairly and with respect.

I admire American Football’s approach, which includes the Rooney Rule, which requires GMs to interview at least one minority candidate when recruiting coaches. I think that this is a good approach; it means that we have to openly consider people we may have been prejudiced against; consider them fairly, and if they are the best candidate then hire them.

In American Football, this has seen a significant increase in diversity amongst coaches, which has benefited the game in my opinion.

If we do not choose a policy of inclusion, then we are adopting a policy of exclusion, which will then exclude some of the best talents available from being part of our teams.