It’s Not Enough to Just Make a Plan, We Need to Follow it Through to the End 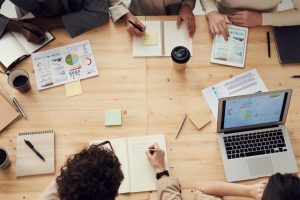 I’ve previously stated that I believe planning is one of the dying skills, particularly in IT, and that we should focus much more attention on training planners and project planning.

However, there is one thing that I believe is even worse than not planning: spending time and energy planning and then failing to follow through with the plan.

Many times I have seen this happen, people get ahead of schedule they think everything is on track, and then they stop to review their progress against their plan.

More often than not, this results in failure, either delays or costly budget overruns as they look to get back on track.

I am a strong believer in the saying Plan, Plan and Follow the Plan.

If we are going to go to the bother of creating a detailed plan, then the least we can do is follow it.

It does take effort to keep the plan up to date and to re-plan around any issues that arise, but this will definitely help us maintain our progress and is well worth the investment.

This is the same for both project schedules and approaches, i.e. our plan of attack.

We should never let any early success give us a false sense of victory, such that we give up following or monitoring the plan because we believe victory is inevitable.

We need to continually keep checking our progress, it is very easy for things to slip a little if we don’t monitor them, and then we can leave ourselves in an irredeemable position.

We also need to stick to the approach, especially if it’s working.

There are many tales, especially in sports, where people became overconfident due to early success and ended up going away from their game plan.

Conn would not gain weight for the challenge against Louis, saying instead that he would rely on a “hit and run” strategy.  Conn was a clever fighter, he was like a mosquito, he’d sting and move.

Conn had the better of the fight through twelve rounds and was ahead on two of three boxing scorecards.

According to many experts and fans who watched the fight, Conn was outmanoeuvring Louis up to that point, who couldn’t get close to him.

In a move that Conn would regret for the rest of his life he changed strategy, instead of using “hit and run” he tried to go for the knockout in round 13.

This gave Joe Louis the chance he had been looking for and it was he who knocked out Billy Conn in the 13th round and won the fight.

Ten minutes after the fight, Conn told reporters, “I lost my head and a million bucks.

But he got overconfident and went away from his plan.

If we want to be victorious, then we need to create realistic plans that we believe in, and then we need to follow them until a successful conclusion. That is the recipe for success.

Anything else just puts us in a position to snatch defeat from the jaws of victory!