Managers and Leaders are the Two Sides of the Success Coin. 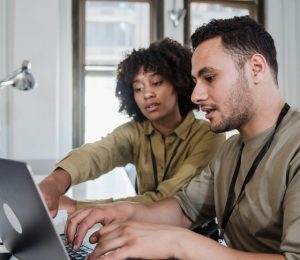 Leaders establish the direction, define the path, determine the level of ambition, and motivate followers to advance the cause.

Pull is created by leaders.

Managers put their attention on planning, specifics, monitoring, and tracking progress to make sure we are consistently moving in the right direction.

Managers push from behind us.

With good Leadership and Management, we can achieve almost anything, and the relationship between leader and manager is crucial to our success.

My real understanding of the differences between the two roles came from reading histories of Rome, and how the Roman Army was organised.

The Roman army was broken down into centuries of men, which could vary in size from 60-200 men depending on the overall size of the army.

These Centuries were led by a Centurion, and his Optio as his second in command, basically they operated in tandem as Leader and Manager of the Century.

Centurions usually led from the front, occupying a position at the front right of the century formation. They often suffered heavy casualties in battle, generally fighting alongside the men they commanded. They led and inspired their men by example. They also sought to display the skill and courage that may have brought them to their rank in the first place. It is for these reasons that they often suffered a disproportionate number of casualties.

The Optio was stationed at the rear of the ranks to keep the troops in order. Their duties would include enforcing the orders of the centurion, taking over the centurion’s command in battle should the need arise, supervising his subordinates, and a variety of administration duties.

This clear description explains the difference between the role of the Leader/Centurion and Manager/Optio.

Often in business, one person occupies both roles, which makes the job difficult.

Ideally, as leaders, we should look to identify a second in command who can perform the role of manager, which then allows us to focus on leading, standing at the front, setting the example, and showing the way. If we can do that, then we will share the burden, and increase the probability of success.