The Difference Between Bending and Breaking Your Team 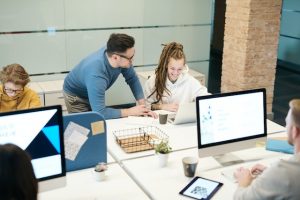 As leaders, we must recognise the difference between bending and breaking. We must know how far we can push our teams while still ensuring that the improvements are long-lasting, as well as when we have gone too far and reached their breaking point.

When we bend we strengthen, but when it’s broken, it can be broken for good.

Our teams will always tell us they are about to break once we push them outside their comfort zones, but we need to just keep pushing a little extending their limits, increasing the size of their comfort zones, and then just gently easing off to let them get comfortable with the growth and improvement.

If we’re looking for long-term sustainable improvements, then each time we push we need to leave a little room so that we can push further tomorrow, let the team get used to improving every day, consistently increasing their results and improving their performance.

We also need to include some days when we set the goal of just maintaining the improvements from the previous days, giving ourselves a chance to get used to these new levels of performance, enjoy the moment and achievement, and maybe even celebrate a little.

We need to make constant improvements a habit, the norm, and then our teams will constantly be looking to improve and for ways to achieve that improvement.

At some point we always arrive at a maximum, if 100% is the best that can be done, then as leaders we need to be smart and then look to change the goals so we can start the process of improvement again.

But we must not push too hard too fast, if we sense that we are in danger of this, then we need to ease back a little, and accept the improvements we have achieved, let the team regroup, gather its breath and then look to push on a little further in the next days.

If we can get this balance right, the possibilities of what can be achieved are amazing.

I have been running with a colleague, whom I have been encouraging from afar, during this time he has increased the distance he can run from 2km up to 15km, which is a great achievement, but he always complained that his times were a little so.

During the last few days we have had the chance to run together, yesterday he improved his personal best for 10km by 10 minutes, this was a 17% improvement. Outstanding!

Today he improved by a further 4 minutes on his 10km personal best that’s another 5% improvement in just 24hrs.

That’s a total of 14 minutes he has knocked off his personal best in just 2 days.

As we were running – did he think he was breaking?

Absolutely, his lungs were bursting and his legs were burning, but once we achieved it and started to cool down, he felt great, he felt the euphoria of achieving a new personal best, but he also felt that there were more improvements to come.

As we walked to the car, he started to tell me how much better and further he felt he could run and how he was looking to run 15km at his new pace.

Not only had we seen improvement, but we had also now set off on the path of looking for even more improvements.

As leaders this should be our goal, to push our teams and to get them to the position where they start to push themselves, but to do this we need to clearly understand the difference between bending and breaking.