The Outcome of my First Job, Success or Failure? 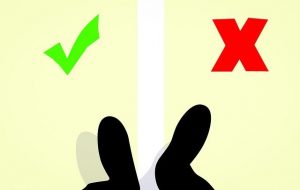 My first job after graduation was as a Production Manager for a Textile Wallcovering Factory in Leeds.

We essentially created very expensive wallpaper by blending threads and then adhering them to a paper background.

The number of threads per inch (10, 12, 14, 16, or 18) and the arrangement of the various coloured threads to create the desired pattern were the key distinctions between our products.

When I joined I was asked to increase productivity, as it was felt that we were not operating at an optimum level.

We have 5 production machines and each machine was used to create any and all products, but when we moved from a product that had a different number of threads per inch, say a change from 12 to 16, then it took 4 hours to set the machine up for the new setting, which basically meant that we had a break in production for that machine of 4 hours too.

Whereas, if we just changed from one product to another with a different pattern but with the same number of threads per inch, then the downtime was only 1 hour.

For each product, we had monthly orders of 400 meters, although both the thread and the paper, were in 800-meter roles.

After 3 months of reviewing the situation and learning the business, I came up with a very simple plan.

We had 5 machines and 5 different thread settings, so I assigned one thread setting to each of the machines, which meant when we changed from product to product we only had 1 hour of downtime instead of 4.

Also, as we had regular orders, every month, for 400 meters worth of product, so for each product I ran the full quantity of paper and thread i.e. 800 meters, this meant that I could produce this month and next months goods, which allowed me to reduce the downtime further.

So instead of machines being down for 4-6 hrs per shift, as we switched between products, each machine was down only for 1hr.

Given that we had 9-hour shifts, this meant that we increased productivity to 8 hrs per shift, instead of 2-4 hrs, which is on average a 266% increase.

Armed with this new information I was able to significantly increase our production, what previously took 12 months to produce now could be done in just over 4 months.

I implemented the plan, and in line with expectations, I was able to produce our full year’s worth of orders in just 4 months.

So I thought of myself as a huge success!

However, what happened next was a complete surprise to me.

I was expecting my boss, the General Manager, to be extremely happy with the result. What I didn’t realize was, that we didn’t have an unlimited supply of orders, which meant once we completed the full year’s worth of work, we had no more work to do.

I did significantly improve productivity, but we had also run out of work.

Consequently, with very little work the boss had to put the factory on a 3-day week and make more than 50% of the staff redundant, including myself.

So instead of being very popular with my boss and looking at receiving a nice bonus, I was out of work and hated by the majority of the workers especially those who had been made redundant.

I mention this story, as I often talk about learning from mistakes, but sometimes we can even learn from our successes.

What I learnt from this was, to consider what might happen in case of success, i.e. the impact of succeeding.

If I had done that in this case, then I could have discussed it with the General Manager and have asked for his guidance.

This would have allowed him to plan for the impact, possibly win some additional business or limit the improvements and rationalize the production staff.