“There’s Method in His Madness” 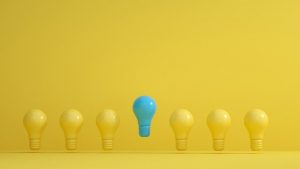 This expression is referring to something which looked absolutely crazy to start with, but might actually not be a such bad idea after all.

It’s about an approach which no one considered because, in all obviousness, it defies logic and should have no chance of succeeding, but ultimately it succeeds.

One of my favourite examples of this comes from Dick Fosbery, who in 1968 won the Olympic High Jump Gold Medal using a new technique he invented himself.

For the previous 30 or so years, the main techniques in high jumping were the Straddle, or its slight variant called the Western Roll, which had seen very few modifications over that time.

Using this technique Fosbery’s best result was 1m 63cm, a whopping 60cm below the world record, which is not what you would remotely call good, let alone world-class.

Fosbury unimpressed with his results decided to change his style.

He came up with an approach that was extremely unorthodox, and defied logic, he ran towards the bar on a curving run, and as he approached the bar he turned and tried to jump over it backwards.

This approach looked weird, to say the least, but in one afternoon, Fosbury improved his personal best by over 15cm, which made him better, it still didn’t make him world-class, but in terms of improvement, it was a significant step forward.

It showed him that there was actually some method in his madness.

Fosbury continued to practise and in 1967 he had improved but was still only ranked 61 in the world, by the time the 1968 Olympics came around, he was still a relatively unknown athlete, but he persisted with his method even though it was often ridiculed.

Using his new technique, Fosbury not only won the Olympic gold but also set a new world record of 2m 24cm.

Nobody was laughing now!

In the 1968 Olympics Fosbury was the only person using his technique, which was now called the ‘Fosbury Flop’, but since 1972 no Olympic gold high jump medal has been won using any method but this, and today every competitor uses the Fosbury Flop.

Fosbury was a game changer, he revolutionised his sport,  and he did it by doing the illogical, the weird, introducing madness into his method, and then showing there was method in his madness.

When we cannot make the improvements we need, want or desire, then we often need to look at changing our approach.

We need to open ourselves to new ideas, new ways of doing things, and things that may even look crazy.

This is how we drive innovation, not by continuing to do things the way we have always done, which leads to stagnation.

We need to work smarter, not harder.

Harder will only allow us to achieve the best that method has to offer when what we really should be looking for is a different method, even if at first sight it might look a little mad.

Question: Which innovations inspire you, which at first looked like madness?