Thought Leaders Create a New Path, They Show the Way to a Better and Brighter Future 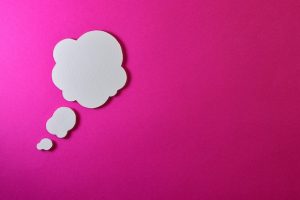 Thought Leaders foment change, often causing significant disruption, they are not afraid to challenge the status quo, or conventional wisdom, in fact, this is one of their defining characteristics, and often throughout history, they have been persecuted for this.

Such as Galileo, often called ‘the Father of Modern Science’ for his work in Astronomy, Physics, and Mathematics, who was tried for Heresy by Pope Urban VIII, for beliefs that the Earth rotated around the sun, and not vice versa.

Thought Leaders like conventional leaders set the Vision and Direction for others to follow; but the key difference is that they do this through their own endeavours and discoveries, often working alone; and may not work together with many of their followers; many of who will follow them years after their death.

Thought Leaders are the giants on whose shoulders many stand to advance our world.

As a mathematician, many of my favourite Thought Leaders come from that field, such as Galileo, Isaac Newton, and Einstein, but also include others such as Charles Darwin, and most recently Steve Jobs.

Imagine how the world would be, if these great Thought Leaders had not existed, or had not had the strength of character to challenge conventional thinking in order to make the changes or propose the theories which would help shape the modern world.

One of my favourite quotes on Thought Leadership comes from George Bernard Shaw:

Thought Leaders create a new path, they show the way to a better and brighter future.

Who is your favourite Thought Leader?

Which Thought Leader do you think created the biggest advancement in the modern world?

Let me know, I would love to hear your thoughts.