The Importance of Receiving Feedback 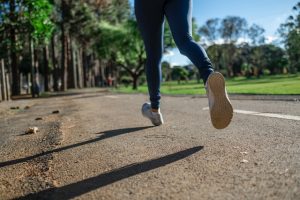 Without feedback, we would struggle to develop and improve, just the same as plants do without sunlight and water.

We get encouragement and confidence from feedback that we’re on the correct track and making progress.

It’s tough to assess where we are and where we need to progress without feedback, which can be disheartening and drive us to give up even when we’re on the right route.

My sister who was going to run a marathon with me decided that because her training wasn’t going so well that she would pull out, as she didn’t think she would be able to complete the marathon and would rather run later in the year with success than run in April and fail.

When I went to the UK, we had the opportunity to go for a run together. In the last week of my training,  I had run a half marathon and done four 10km runs, so I knew I was on track both with the training plan and the progress. I was getting positive feedback from my fellow runners which was increasing my confidence in my ability to complete the marathon.

As we set off running, Alyson was telling me that she trained alone which made it difficult to keep motivated so she was happy to come out running with me.

We decided to do a 10km on the roads around Leeds, which is not the flattest of courses, and as we set off we hit a fairly steady pace one that I had normally run back home in Dusseldorf. I kept asking her if she was ok, and she said she was fine.

As we approached the first hill, which was a steady incline for the first 1km then climbed sharply for the last 500m, I really started to feel it in my legs and my breathing became heavy when we hit the incline. Alyson on the other hand just glided up the hill hardly out of breath, telling me that this was one of her regular runs and when we got to the top of the hill, we could either go left and just complete 10km or we could go to the right and do a loop of 15km.

I didn’t say anything as I was breathing heavily and was struggling with the climb, as we approached the top I had to stop and stretch my calves which were tightening. The speed we were running was my average fast pace for the flat, and yet she was hardly breaking a sweat let alone breathing heavy.

As we came to the end of the run, I said to her, you know we have just run 10km on a hilly course in under 60 minutes which is a pretty good workout, and given this, I’m pretty sure that you could easily keep up with me – whether I could keep up with her was a different question – and not only complete the training but also complete the marathon.

She looked at me surprised and said as she ran alone she had nothing to compare her progress to, also she wasn’t using any running applications which she could use to accurately give her feedback on how far and how fast she was running.

This lack of feedback had eroded her confidence in her ability to complete the marathon, even though she was well on track not only to complete it but to complete it in around 4 hours which would be a great result for a first-time marathon runner.

We all need feedback, whether good or bad, in order to know where we are and what progress we are making.

If the feedback is not so good, then at least we will know that we need to improve our efforts, pick up the pace or find a smarter way of working and it’s better to know this prior to us failing when we will have the time to do something about it.

When the feedback is good it will encourage us to continue and help build our confidence. It would be a tremendous pity if we were to give up when success was in sight but we just didn’t know.

As leaders, it’s our job to make sure that we provide that feedback, to let people know where they need to improve to meet their goals, or that they are on track to encourage them and motivate them to get over the finish line.