Why You Shouldn’t Shy Away From Networking 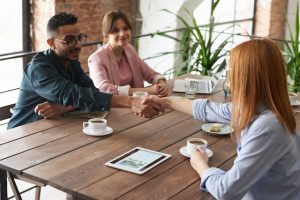 I’ll be honest—I’m not particularly good at networking. I can do it, but I don’t really enjoy doing it.

I often see serial networkers—you know, those people who work a room, try to connect with everyone, and appear to be sucking up to the bosses—and I think I don’t want to be perceived in the same light.

This is a big mistake on my part, as networking is an important aspect of advancing, increasing our influence, and increasing the potential resources that are available to us.

I know there are many people with similar views to me, who dislike networking, who feel that we are asking for something, or that it looks like we are pushing our self-interests.

But, in reality, when we network, not only do we open ourselves to more available resources, but we also make ourselves and our resources available to the people within our network. This is a two-way relationship, and this is how we should see it.

For sure there are people who only see it as a one-way relationship, who are only interested in themselves, but it doesn’t mean that we don’t need to operate in the same manner, or that we should not participate in this valuable exercise.

Not only are networks valuable in terms of helping us get things done, or increasing our influence, but it’s estimated that between 65-85% of all jobs are found through networking, and this is certainly true the higher up you go.

So if you don’t participate in networking, then you are removing yourself from these opportunities.

As I write this post, I do think I am predominantly writing it for myself, as a reminder as to why I should network, and to remember that it’s also beneficial to both parties.

How do you feel about networking?