Avoiding Tension Between Your Teams 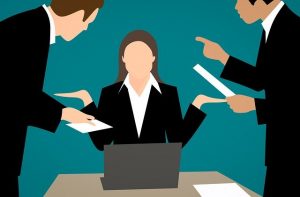 When it comes to transforming an organisation into a high-performing business, not all of our teams will make the same progress toward that goal.

Some teams will be early adopters and achieve rapid success, while others will observe the others’ success and follow suit, and some teams will require far more assistance to make this transition.

As I have mentioned in several posts, Reward and Recognition will be one of the key tools we will use to motivate the teams, as we start with small successes and move through to big successes.

This can create problems for us, which we need to be aware of.

When we start to reward the early adopters, this will create pride within this team, pride in their achievements, which we have recognized publicly.

We probably spend more time with the early adopters, looking to make them role models for the organization we are trying to create.

This can lead to jealousy and envy from the other team, not only do they see the other team being rewarded and not them, but they might see us spending more time with the early adopters as we try to ensure that the success is sustainable.

This can lead to the early adopters being perceived as favourites, both by themselves and also by the other teams.

Then as the other teams start to follow suit and are recognized, they want to see that they receive the same recognition as the first team, proving that there are no favourites.

It’s important that we do this, as we need to be seen as fair by all teams, especially those we need to encourage to move to the next level.

Now we have three teams all performing at different levels, all of whom we need to continue to motivate to get all of them to their next level.

This is a difficult balancing act, and if we get it wrong we can create dissatisfaction in one of the teams, and possibly all three.

The challenge with the early adopter team is, that they are probably the team that needs the least support in terms of achieving the next level. As success leads to success, once they achieve a certain level then that team is pretty much self-sufficient, and just needs reward and recognition to keep them going onwards and upwards.

We just need to remember to keep providing that recognition.

As we move forward towards our ultimate goal, a high performing organization, we need all teams to be at the highest level, so our focus naturally tends to move to the team that is lagging behind.

But as we spend more of our time now with the third team helping them to catch up and achieve the level we aspire to, this can create jealousy with the other teams, especially within our early adopters, who can now feel ignored.

They can feel like favourites who have now been cast aside.

Which couldn’t be any further from the truth, but this is their perception.

They can also see us recognizing performance that they achieved months before, possibly many months before, and they wonder why we focus there rather than on their top performance, which is pushing ever higher.

This can lead to demotivation and the last thing we need is for our lighthouse team to be demotivated, as they are our role models.

As we push all teams to be at 100%, this means that at some point all teams will be at the same level. This means that our early adopters are now performing excellently in a high performing organization, but they may no longer be the best, they are just one of many performing at this level.

This too can create problems and lead to demotivation as they lose their top position and can feel that this was because they were ignored, as we focused on other lesser performing teams. Which may actually be true.

We need to keep all of this in mind.

Not all teams advance at the same rates, and consequently, we need to encourage different teams differently, at different times, but we need to be careful that we do not create a perception of favourites.

Siblings rivalries do exist between the teams and we need to ensure that we build an organization where teams are supportive of one another, with a healthy competitive spirit, minimizing any sense of favouritism.

It’s a tough balancing act, especially in a multi-team environment, but it’s one we have to aspire to achieve.