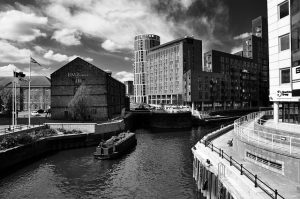 I was recently asked who, in terms of leadership, had the greatest influence on me.

After a few moments of consideration, I have to say it’s my father.

Many people will say that their fathers had a significant influence on them, but in my case, it was more about what he did before I was born than what he did after I was born.

My family, on my fathers’ side, are all coal miners going back several generations, my great grandfather, my grandfather and all of my uncles worked down the coal mines in Castleford, Yorkshire.

However, my father was the first member of his family not to work down the pits. He won a scholarship to go to grammar school, which he accepted, and he used this as his ticket to get into a different line of work.

He ultimately became an Electrical Engineer working in Telecommunications.

But my father showed great strength of character to continue on his chosen path, even though this isolated him. I know he suffered beating both at home and at school because of this, and that at times it would have been easier for him to just go with the norm and work down the pits like all his family before him.

But my father didn’t want to accept this predefined destiny, he wanted to take control of his own life, make his own choices, for better or worse.

For me, this took great courage, and he did it on his own, for the benefit of himself and his future family.  In terms of leadership, he wasn’t really leading anyone, but he was creating his own path, one that he hoped future generations could follow and benefit from. He hoped that we would be able to stand on his shoulders and create even better lives for ourselves.

My father also did his military service in the Royal Air Force and was based in Kenya for a while, his stories about this always gave me a desire to travel and see the world.

After this, he got a job and then went to night school to become a fully qualified Engineer.

His example was a strong influence for me, it taught me not to just accept things as they are, but to challenge them and to take responsibility for shaping my own future.  He always supported me my brothers and sisters in this, he always encouraged us to follow our dreams, whatever they were.

I remember how proud he was when I went to university, I was in the first generation of Tredgolds to achieve this, and he saw this as me taking over the baton from him. He was the first to go to Grammar School and then not work down the pits, and now here I was going to university.

Often he tells me that I have exceeded all his expectations of what was possible, but compared to what he did, I think this is really only a small achievement.

I do feel like I am standing on the shoulders of a giant and that the big step was made by him.  He chose to change his destiny, even though it made him an outsider, and it gave his family even more options.

All of this makes my father my biggest influence, and also my hero.