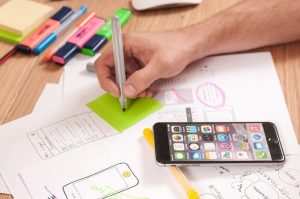 I decided to write about contingency today because it came up in a project I was reviewing.

Everyone understands that projects can be risky, therefore we normally include a range of contingencies, ranging from 5% to 25%, depending on the project’s complexity.

This contingency can take the form of a budget or a timeline, for example, we plan to finish two weeks ahead of schedule to give ourselves some breathing room.

Whilst nearly every project manager adds contingency, I am not convinced that everyone knows how to use contingency, or how best to manage it.

Having contingency available doesn’t always mean we have options available when we need them.

For example, on a $10m project, if we have a 10% budget contingency, i.e. $1m, but no time contingency and we find ourselves 3 weeks behind schedule with only 1 week remaining, it’s unlikely that we will be able to buy three weeks worth of time.

We may be able to buy 3 weeks’ worth of effort, but it might not be possible to consume within the one week remaining.  This means that we are actually out of contingency.

Also, with ‘time contingency’ this too can be a problem. I once had a project manager who included weekend working in his 12-month project as his contingency. Nothing wrong with this.

However, when his project hit problems during the last month, his contingency which had been 104 days, i.e. 2 days per weekend throughout the project, was now only the 8 remaining weekend days in his final month.

His contingency had been eaten up at a rate of 8 days per month, and having not been utilized, had provided no added benefit.

People often state that projects get late one day at a time, but this is not always true.

In most projects which I have seen become late, it wasn’t due to poor execution, it was due to poor planning or underestimation of what was fully needed to get the job done.

In these circumstances, projects can go from being believed to be on schedule to over a month late in the course of a day, just because we now know that one of the tasks on the critical path is going to take 5 weeks and not the 5 days we planned.

Now within the space of a day, we have a 4-week delay to contend with.

This is why planning is so important, and in my experience, it’s a skill that is often overlooked or undervalued. A great plan is a great tool and will increase the probability of the success of the project. A great plan also includes contingency, both budget and time, which is clearly understandable in order that it can be utilized.

We also need to understand where we are at any time during the project, so that we know whether or not we need to use our contingency.

When leading projects I like to use Earned Value Analysis, in order to have a clear picture of where we are on a project at any given stage.

It’s a simple tool, which is not used as often as it should be. Earned Value Analysis allows us to measure our project in terms of deliverables delivered, versus the budget and time planned to deliver those items. Which then acts as an early indicator for whether we are behind schedule in terms of budget and time, compared to what has been achieved.

There has never been a project without any issues and we need to be able to give ourselves time and budget to be able to deal with the issues when they arise, which is often the last days before go-live.

It’s like a boxing match, get ahead on points early, don’t rely on a knockout in the last round to win. A final-round knockout is possible, but it’s also unlikely to happen.

My top tips for running projects:

As the saying goes, “Hope for the best, plan for the worst”.