How Everyone Can Benefit From Leadership Coaching 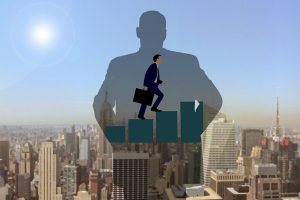 When I bring up the subject, people frequently respond, “I’m fine, I don’t think I need any coaching right now.”

It’s interesting that Usain Bolt, the world’s fastest man, has a coach despite being the reigning Triple Olympic Champion, World Champion, and World Record holder in the 100m and 200m.

If Usain Bolt thinks that having a coach is a good idea, then anyone in a Leadership position, unless you consider yourself better than Usain Bolt, could probably benefit from coaching.

Leadership is not a title, nor a position, it’s a journey – a long journey of continuous learning, and if we are not learning then we are falling back behind the competition.

In my career I have had three different coaches Julie Starr, Mark McGregor and Phil Lee and each of them have had a tremendous impact on me, the way I work, the way I see myself and how I lead.

Julie was my first leadership coach, her role was to provide me with one-to-one, to help identify areas of improvement. I significantly benefited from her coaching, she helped me get over a difficult situation with my boss at a previous company, which was causing me some issues She also helped identify some self-limiting beliefs which were holding back my development. Julie also showed me how valuable coaches can be and the benefits and improvements they can achieve.

Mark McGregor is one of the greatest motivational coaches I have ever come across, in any field, business or sport, he brings tremendous energy and is like a shot of double espresso to the organisation. His Leadership Principles create an excellent Leadership Framework for an organisation to use as a basis for implementing a world-class Leadership program. Under his guidance and support, we were able to significantly improve our operational performance and create a belief that allowed us to create a winning culture.

Phil and I have worked together over the years, often providing mentoring or as a sounding board for some of my crazier ideas. The best way to describe him is probably as the angel on my shoulder who whispers constructive support, advice and positive messages whenever self-doubt has too strong a hold on me. He acts as a boost to my self-confidence and he reminds me of what I have done and what I am capable of.

I can honestly say that without their coaching and support I wouldn’t be where I am today, that’s not to say I wouldn’t have gotten here eventually, but it would certainly have taken much longer.

So I would say, no matter how good a leader you think you are, we can always benefit from coaching. It can provide us with a sounding board, a different perspective, identify some blind spots, and can even provide 360 feedback from our boss, peers and staff in a constructive manner which will allow us to continually improve.

If the opportunity arises to participate in coaching then I would strongly recommend that you take it, and if you have the budget available organise leadership coaching for your direct reports and you will see the benefits.