Is Your Organisation In The Groove Or Just Stuck In A Rut? 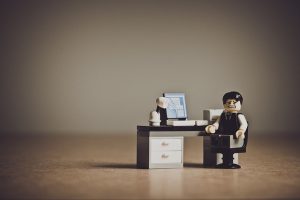 We often aspire for a level of performance consistency, where we feel like we’re in the zone when we’re operating at our most productive and efficient level.

Is this, however, the case?

Are we performing at our best, or have we simply fallen into a high-level rut?

Yes, our performance is good, consistently good, better than before even, but can we step it up at a moment’s notice, or are we trapped at this level of performance, in a kind of fixed cruise control.

Have we traded flexibility and agility for consistency?

I noticed that during my Marathon training, where the goal is to complete 42km, on no successive days was the training the same except during the very first week when my ability was low.

The training wasn’t a constant steady progression, increasing distance and duration, nor was it a repeating pattern.

The training was irregular, one day long, one day short, one day would be run, jog, walk, jog, run.  The training seems to be deliberately inconsistent, always keeping me and my body guessing what we were going to be doing next, not letting me establish a rhythm of getting into the groove.

To me this seemed counterintuitive, I thought the training would help me establish a rhythm which we would then look to extend: from 10k to 20k up to the goal of 42k.

I followed the training plan, but pretty much settled into a routine of doing regular 5km runs, which was slightly more than the plan. So, I thought it was a good idea given that I was running significantly more than I had ever done before and also because I was ahead of the plan.

This was an easy routine to fall into, as the 5k route was a simple route from my house running a loop to the next village and back.

Whilst initially I saw a lot of improvement, this was just due to my fitness level increasing, but pretty soon my improvements levelled off, I achieved a set rhythm, I thought I was in the groove, at a level I wouldn’t have imagined before, but in reality, I was in a rut.

In order to break out of this groove, I did some research on the net, to find out what techniques have been designed to drive continuous improvements and to help us achieve optimal performance levels.

The consistent answer to this question was interval training. This involves short bursts of higher than average levels of activity, followed by normal levels or slightly lower levels, in order to relax and regain our breath and recover, this is then repeated  3 or for times during the training.

The results of this are generally an increase in average speed, endurance and economy of effort.

This got me thinking about whether we could apply the same approach to business.

I know that there are techniques in software development such as Agile and Scrum, which use periods of rapid development or sprints, and that these have allowed people to significantly increase their productivity. With claims such as well-run Scrums achieve the Toyota effect: four times industry average productivity and twelve times better quality.

These kinds of approaches allow teams to be flexible, agile and focus on the right things. When we are trying to operate at higher speeds we tend to focus on what’s important, clearing the real roadblocks and de-prioritising bureaucracy, any time-wasting or low-value activities and anything else which is hindering our progress.

When we ask people to speed up productivity it normally requires them to work smarter not harder. So I suspect that if we asked our teams to work at 150% of normal speed for 2-3 weeks we could easily identify a handful of things, if we eliminate them permanently, it would allow us to increase our overall speed and efficiency, but if we don’t, then these time stealing activities will remain in situ, hampering our progress and productivity.

So is your organisation in the groove or just stuck in a rut?

And what are you going to do about it?