Uncertainty is the Fastest Killer of Productivity 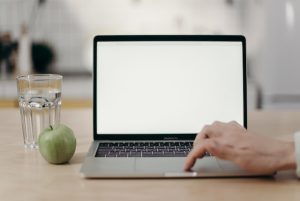 This could be uncertainty over the company’s future, a new leader, the direction they will take, or the nature of your new position.

Whenever we have uncertainty it seems everyone’s focus is on trying to find clarity, direction and certainty. The uncertainty becomes the main topic of conversation which then leads to rumours, counter rumours all of which increase the level of uncertainty.

Usually, people’s fears are worse than the probable reality, but it is these fears which form the basis of rumours, which destabilize the situation further.

With these unanswered questions and rumours nagging away at us, our focus on the tasks at hand just disappears.

As leaders, our job is to provide certainty or to highlight what certainty there is that will allow us to focus. Imagine a football team whose manager has resigned and everyone is wondering who the new manager will be, what tactics will we play, and which players will he bring in.

That is a lot of uncertainty, but as a pro footballer, we could just continue to focus on training hard, developing our skills and working on tactics, all of which will improve our overall play.

These actions will be beneficial to whoever comes in as manager, so we should focus on that rather than worrying about things that are out of our control.

We have three circles of importance to us.

When we are dealing with a lot of negative uncertainty it’s usually in the circle of concern, and it’s here where we have no control and it’s this lack of control which causes anxiety, frustration and lack of productivity.

It might not be the certainty we would like, but it will give us something to focus on and maintain some level of productivity.

As mentioned in the football example, we can just focus on our core tasks and look to keep doing our best, everything else is outside of our control.

As leaders, we need to focus people on what we can influence and what they can control. Control will reduce the anxiety, reduce stress and reduce the impact of uncertainty. We can’t remove the uncertainty but we can reduce its impact.

It’s what people are looking for from their leaders.