Why Performance Appraisal’s are Crucial for Establishing a Winning Culture. 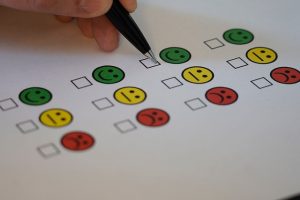 As we approach the performance appraisal season, it’s vital to remember how crucial these are in establishing a winning culture.

If we get them right, they’ll really help us steer the culture in the right direction, because we’ll be able to recognise our top performers while also giving our below-average performers some areas to improve on.

One of the key challenges is that once we have created a winning culture then we potentially may have a complete department of high performers, but given that most companies use a forced curve to highlight the high, middle and low performers, even people who have met or exceeded their stretch goals could end up within the low performer rating.

Imagine in soccer, if Barcelona wins the Spanish league, Spanish Cup and the Champions League then the team and all the players will have achieved all of their goals for the season. However, if we have to rate the players in order of performance then at least 2 players will end up in the bottom 20%. Does this make them bad players, no it doesn’t, they could still possibly be some of the best players in the Spanish league, but in the context of the Barcelona team they are in the bottom 20%.

Often I hear the comments “he’s an expert”, or “she’s the only person in this area and if we give them an average rating we might lose them”.

This is not relevant to a performance appraisal. It might impact the manner in which we communicate the results, but it shouldn’t change the results.

In an organisation that is continually improving it can be difficult for people to accept that the bar has been raised from the previous year.

For example, when I worked in DHL we had a target to deliver 70% of projects on time, which some people not only achieved but also exceeded achieving 75% which meant that they were rated within the top 15% as they were clearly the top team.

At DHL we had created a winning culture where each year we continually improved our performance, and the following year we set the project delivery target at 75% up from 70% the year before. Not only did we achieve the 75%, we exceeded it with all but one team achieving 85%.

The bad news was that the team that didn’t achieve it, were the team that was rated in the top 15% in the previous year, and they had actually improved their performance up to 80%.

But this year that wasn’t good enough, it was actually well below the average, and that team’s rating dropped to the bottom 15%.

But this was a correct rating, the team’s previous years’ performance was not relevant, the bar had been raised, the organisation had moved on and we had to be fair on all the teams in the assessment we had to rate them this way.

This is not easy to do. But we do need to be fair, and if our assessments are based on clear and transparent objective measurements, then teams will understand the ratings.

We need to be careful that our ratings are not subjective, if that ends up being the case then our teams and individuals will not understand them, will not agree with them and will not accept them. This will then lead to resentment and will not help us in establishing a winning culture.

So in summary, when measuring performance, we need to: