The Difference Between Accountability and Responsibility 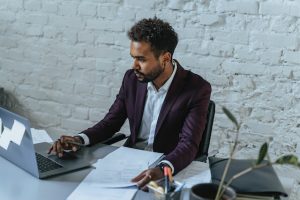 I was asked to weigh in on the difference between accountability and responsibility by a dear friend.

The fact that we both worked for a German company makes this an interesting question.

So you can see our problem.

In English, it’s not much better, if you check online, quite often, the definitions are interchangeable.

For me the difference is clear and I always try to communicate my definition to the entire organization, so it’s clear to them what I expect.

Responsible means that you are involved, possibly performing a clearly defined task, and your performance could determine a successful outcome.

Accountable means that it’s up to you to ensure that there will be a successful outcome. Even though you might not actually be performing any of the tasks involved.

Let’s look at soccer as an example.

The players are responsible, for the passing, tackling, attacking, defending and scoring of the goals that will determine who wins the game.

The manager is accountable for the result.

If the team loses he is the one who will need to explain why to his bosses, and will possibly suffer the consequences after a string of poor results.

Many people say that it’s unfair, as the manager doesn’t kick a single ball.

However, it is the manager who selected the players, trained the players, decided the tactics, provided the motivation and game plan and was able to make the changes to players and tactics as the match unfolds.

We can delegate responsibility for tasks, but we cannot delegate accountability.

If we start to try to delegate accountability, this is usually as a result of a failure, at which point we are looking for someone to blame for that failure.

As Leaders, it’s always our job to ensure success.