What Makes a Good Boss?

Most people don’t start a company because they want to be a boss. But that’s where many people end up. Once their venture starts to have some success, they typically find that they have to bring employees on board to help. And just like that, they’re a boss. This is an important shift in function. Now, they’re just responsible for their own work, but also for the wellbeing and productivity of their employees.

And as everyone who has ever had a bad boss knows, this doesn’t always happen. If you’re going to do what’s right for your company, then it’s important that you understand what makes a good boss. In this blog, we’re going to run through a few key characteristics of a true leader. 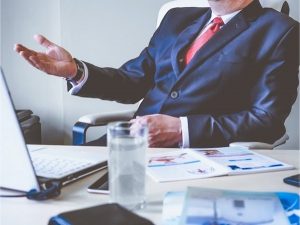 Hiring employees doesn’t mean that the boss gets to take it easy. Indeed, there aren’t too many things more annoying than seeing the boss take it easy while the rest of the staff are working hard. It’s something that you can get away with for a little while, but eventually, resentment will begin to build. In fact, a boss could get most things right, but if they’re working as hard as their staff, then eventually they’ll lose the respect of the team. It underpins everything.

A boss hopes that their staff will invest their time and energy into helping the business develop and grow. But the opposite should also be true. A company needs to invest in its staff. The extent to which they do this will influence how good the boss is! The bare minimum is what most people do. And they’re not good bosses. A caring leader is someone who takes the time to invest in their staff, through courses, talks, and more, for the sake of the employee. The good news is that, in doing so, the company nearly always benefits too.

The most important thing is that employees are safe while they’re at work. While some workplaces are naturally more dangerous than others, they all have the capacity to do harm, even in an office. But it’s places like warehouses and factories where most accidents occur. If the boss is treating safety as an afterthought, then they’re a bad boss. On the other hand, if they’re investing in safety equipment, racking inspection training, and periodically reviewing for dangers, then they’ll show that they care about their employees. Again, in doing this, you’ll also see an uptick in productivity — and thus profits.

A true leader doesn’t see themselves as better than everyone else. They’re just in a different position. The best way a person can show that they’re not all-controlling is by making themselves available to talk. Employees have concerns all the time. They won’t disappear just because the boss doesn’t want to hear the complaint. The model employee/employer relationship is one where both parties feel free to talk openly and honestly, without fear of retribution or that they will not be heard.