“How do you lead, when everyone in the group believes that they are leaders too?” 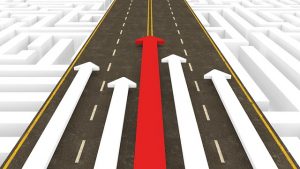 It’s very much the same whether you wish to lead a group where there isn’t a formal Leader or if that is already your formal position.

You have to create influence, with the formal position, it is easier as the position itself brings some degree of influence. However, if you do not build on this, or you lack the expertise or the respect of your people, then you will lose your leadership position very quickly.

I once worked with a formal Leader, someone assigned to a position, a position for which he lacked the technical expertise, but for which he should have had the leadership capability. However, he chose to ignore the experts within his team, he wanted to make all of the decisions, and he wanted to set direction and determine policy, although he was not qualified to do so.

Within 6 months he had alienated all of his leadership team, he was openly despised, he had lost their respect, and had little support from his team when issues arose.

Shortly after he was removed from the position. He had lost all influence with the team.

What he should have done was: show respect to his leadership team; listen to them take their input and council; let them be part of the decision-making process.

Not all decisions are critical and these can often be delegated to the leadership team, to make them feel involved, and feel that they are trusted and respected.

Pick the battles that you want to fight, focus on the critical decisions, but still take their input. It would be only a fool who would ignore input from his experts, although you can still be the one who makes the final decision.

In football, quite often when a player becomes a player/manager of the team it is difficult for him to assume the leadership position because his fellow players still see him as one of them, they don’t yet see him as a manager, and he has not yet earned their respect.

Yes, they respect him as a player, but now he is a manager, and he has to earn respect within this position.

This can be difficult, especially if one of the other respected players challenges his authority. Here he needs to be firm but fair.

If you do not have a formal position, and you want to lead, then you need to increase your influence, this can be through your subject expertise, your personality i.e. courage, honesty, integrity, energy, etc., or through your relationship and allegiances.

Often, within a group where everyone wants to lead, there can be a lot of tension as there is a struggle to be the top dog.

In order to lead, we need followers and we need to increase this number to the critical mass, this can only be done by gaining their respect.

We also need to understand why we want to lead, are we doing this for the power of the position, if so people will see this and may be reluctant to follow.

If we want to lead because we believe that we are the best person to do so, then we need to prove that, we need to show why we should be chosen to lead.

Yes, that’s right chosen, but the choice is not ours; it’s the followers who choose who they will follow.

If there is no formal position, there is no guarantee that you will be able to assume the position of leader of that group.

What challenges have you faced when you have either taken over leadership or tried to assume leadership?