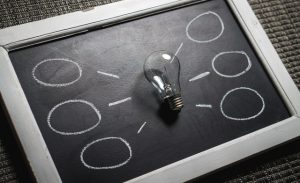 But what we’re actually talking about here is cultivating success cultures, where success is the norm and success is not only attained, but expected.

We are actually aiming for this expectation of success because it becomes a self-fulfilling prophecy. Success breeds success.

By talking about Winning Culture we need to be careful that it is Success Culture that we create, because when you focus on Winning it usually requires someone to lose in order for someone to win.

We often use sports to illustrate the benefits of a Winning Culture, but in sports, there is competition between the teams, and the objective is to beat your rival.

Whereas in a company, we need all of our departments, all of our teams, all of our people to be successful in order to achieve our optimal performance.

If we set up an internal competition and create Winners and Losers within our organisations then we can impact the overall performance.

We need to avoid the negative aspects that Winning can create, that win at all costs attitude, where people bend the rules in order to win, where winning becomes the be-all and end-all. This can have both a corrosive and corruptive influence.

If you create winners and losers, then this can lead to jealousy, to destructive behaviours, which will have a negative impact on the organisational atmosphere and overall performance.

With a Culture of Success, we want to create an organisation that is supportive of each other, is focused on win-win rather than win-lose, and has an expectation that it will be successful. Where each and every team is successful.

In a Culture of Success, we look to compete against the goals we set, not directly against each other, with a view to all teams being successful.

This doesn’t mean that we eliminate negative elements completely, as there will always be indirect competition – as each team will also measure itself against the others, as they try to exceed their goals, but our targets are our goals, not beating the other team.

This is a subtle difference, but one that fosters cross-team collaboration and support.

This doesn’t mean that we lower the bar, the level of expectation and set easier targets.

We still need to set aggressive goals, we don’t want to promote a Culture of Mediocrity, Success that is cheaply achieved doesn’t drive significant organisational improvements, which is our ultimate goal.

One of the best ways I have found to do this is to set up the reward and recognition system where the individuals within each team are rewarded based on their team’s performance, but where the team leads are rewarded on the performance of the next level up. This means that they need all the teams, not just theirs to be successful, in order to be fully rewarded.

This approach has helped foster cross team collaboration and cooperation, and the sharing of best practices. This ultimately helps us create a Culture of Success, where teams are not only proud of their own teams achievements, but also that of the overall department.

With this alignment, teams know that they can rely on others should they encounter difficulties, which helps increase their confidence and expectation of success.

So as we look to change the culture of the organisation, we should focus on Success, rather than Winning to ensure that we don’t inadvertently create any Losers as this would be counterproductive.